A crash destroyed Andi Wittmann’s biking career – and has got him back on his feet in a completely different way. His path took him towards e-bikes, which he had so vehemently criticised in the past, and opened his eyes.

He is one of the world’s best dirt bikers, holds the world record for the highest natural hip jump at 5.60 metres, organises bike events and is so fit that he wants to take part in enduro races. During a test jump in Ruhpolding on 1st August 2015, the unthinkable actually happened: Andi fell from a height of five metres and rammed vertically into the concrete floor. Within fractions of a second, his feet were deformed in such a way that they shrank "from a size 10 to a child’s shoe size".

PAIN AND THE LONG WAY BACK

Unimaginable pain, countless fractures, four months in a wheelchair. His life as a professional biker looked to be over. There followed a period full of pain, frustration and tears. "I was in a really crappy situation, and yet I didn’t just want to wallow in it. So I thought I’d just see how things worked out." And, boy, did they work out! Andi was given a special wheelchair by a paraplegic athlete – and was soon whizzing up and down, as well as doing wheelies. He bought a hand bike and got himself fit that way. And once he could finally stand up again, he dared to do something he’d always rejected: Andi rode an eBike.

THE RELIEF: THE eBIKE

Even though he was actually categorically against eBikes. Andi explains how he once told colleague Guido Tschugg that he would never ride an eBike. Yet the crash changed his viewpoint. "At the beginning, it was above all mental support for me. Going up mountains, into nature, whenever I like, with no help from anyone else. You can get riding in complete freedom. It never even crossed my mind before. I’m constantly riding along paths and trails without knowing whether they actually lead anywhere. You ride round, try things out, discover new things and feel completely liberated."

ANOTHER DISCOVERY:
THE eBIKE AS A TRAINING TOOL

You could say he discovered the eBike as a piece of training equipment by the back door.
"I can now manage stamina on the mountain! 2,500 metres above sea level in the perfect pulse range as well as technical training on the trails. I would never have thought that the bike is so brutally agile. You never get the feeling that there’s an annoying lump hanging from it, and the geometry is crazy." He’s already back riding in the local bike park in Samerberg, does "little jumps" – and hears the comments that he once made to eBikers himself. 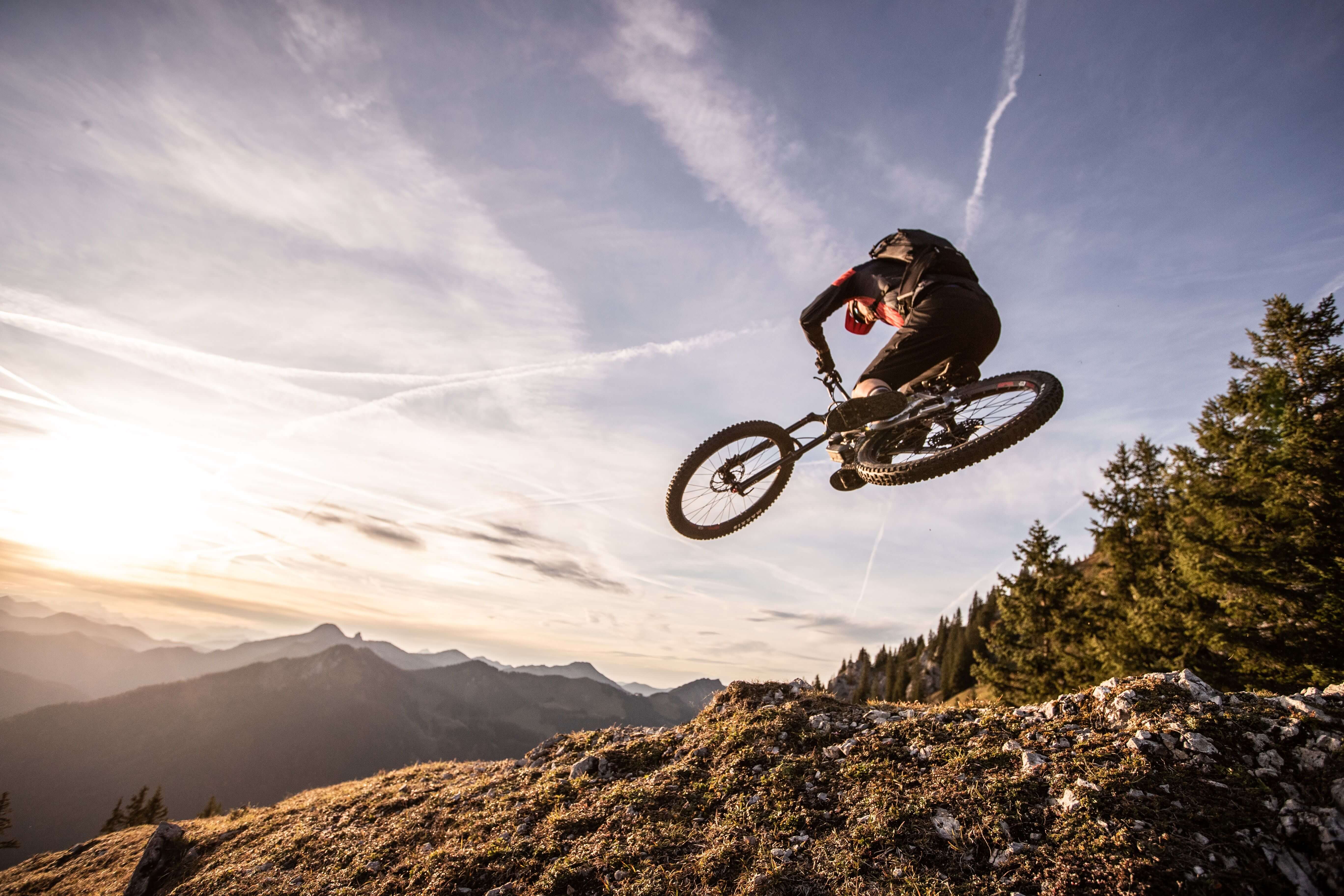 "You ride round, try things out, discover new things and feel completely liberated."